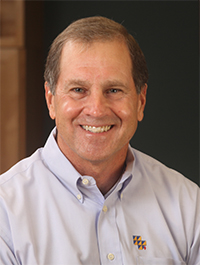 The son of MJW founder Milton J. Wood, Mark began his career with the company at age 12 by sweeping out the warehouse when he wasn’t in school. He became a full-time employee in 1977 and was elected president in 1982. With a Bachelor of Science degree and an MBA from Florida State University, Mark was responsible for establishing the employee stock ownership plan (ESOP) in 2001 that has resulted in the proud employee-owned company we are today.

During his career, Mark has led many industry associations and nonprofit groups. In the community, he has served as chairman and trustee of the Jacksonville Public Library and as president of the Northeast Florida Safety Council. He also has been a director for Episcopal Children Services and Boys and Girls Hope of Jacksonville. In the industry, he has served as president of the Northeast Florida Associated General Contractors and Florida State Council Associated General Contractors; as chairman of the Southeastern Ironworkers Health and Welfare Fund; and as a director of the First Coast Manufacturers Association. 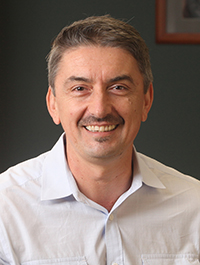 After gaining valuable experience providing fire protection design services in Europe, Zarko joined MJW in 1995 as a lead fire protection design engineer. Since that time, he has contributed to a wide range of government and private sector projects throughout the United States and internationally, progressing through positions in system design, estimating, project management and various management roles. Zarko  is currently serving on the Board of Directors for the National Fire Sprinkler Association, is past-president of the Florida Fire Sprinkler Association and is past-president of the Northeast Florida Chapter of the Society of Fire Protection Engineers.  Zarko earned a Bachelor of Science degree in Mechanical Engineering from the University of Zagreb, Croatia, and holds certifications from the National Institute for Certification in Engineering Technologies (NICET) for Level IV Automatic Sprinkler Systems Layout, Level IV Special Hazards Suppression Systems, and Level II Fire Alarm Systems. He is a licensed Fire Protection Engineer in multiple states. 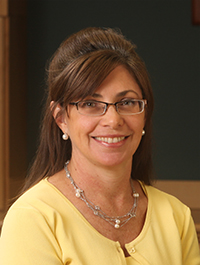 Annmarie joined MJW in 2002 after working on the audit team for the company’s outside auditor for five years. She is a member of the American Institute of Certified Public Accountants, Florida Institute of Certified Public Accountants, and the Construction Financial Management Association. Annmarie served as a trustee for the Florida United Brotherhood of Carpenters Pension and Health and Welfare Fund, and from 2007 to 2010 was the Finance Committee chair for the First Coast Manufacturers Association. She served as the Finance Committee chair for the Guardian ad Litem Foundation from 2013 to 2018. She is a graduate of the University of Florida, where she earned a Bachelor of Science degree in Business Administration-Finance, and of Florida Atlantic University, where she received a Bachelor of Science in Accounting. Annmarie is a Florida-licensed Certified Public Accountant. 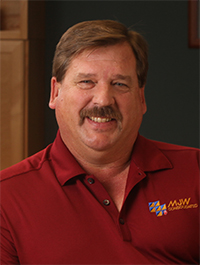 Chip was one of the two founding members of the Milton J. Wood Fire Protection in 1991. He began his career in fire protection in 1980 as a sprinkler fitter apprentice, and has since mastered every area of the fire protection business, including system design, purchasing, fabrication, estimating, and project management. Chip is licensed in most Southeastern states and holds certifications from the National Institute for Certification in Engineering Technologies (NICET) for Level IV in Automatic Sprinkler System Layout, Level III in Inspection, Testing, and Maintenance of Water Based Systems, and Level II in Special Hazards Suppression Systems.