J. P. Donovan Construction of Rockledge, Florida has awarded MJW Consolidated a contract to provide and install a large bore piping system and refurbish the flame trench at NASA’s Launch Complex 39B at Kennedy Space Center in Florida. This launch pad will be utilized in future launches of NASA’s new Space Launch System (SLS) rockets, enabling astronauts to travel deeper into the solar system.  NASA is currently working on the Orion spacecraft, which will be the first SLS rocket to use the launch pad.

The project was estimated and bid by Audie Bailey and is being executed by MJW’s Kennedy Space Center team. It includes installation of hydraulic cylinders with related tubing and brackets, extension of 42” - 72” Ignition Over Pressure (IOP) piping and installation of deflector crest spray header and nozzles.  Once completed, the launch pad structure and systems will deflect SLS exhaust away from the vehicle while protecting the launch pad structures so that they may continue to be utilized for future launches. 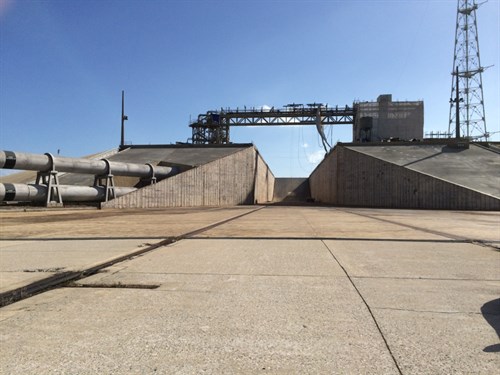 The scope of work on this contract will support Kennedy’s Ground Systems Development and Operations (GSDO) Program. Building on five decades of launch and processing excellence, GSDO is transforming Kennedy into a multi-user spaceport capable of accommodating a wide array of government and commercial space activities.