MJW has recently been awarded a fire protection project at the new Enviva Port of Wilmington, NC wood pellet export facility. The project consists of designing, installing and commissioning numerous sprinkler, standpipe and deluge systems as well as multiple ultra-high speed spark systems and the plant-wide fire alarm system for protection of the entire facility. This project is the continuation of a successful relationship between Enviva and MJW that began with their Chesapeake, VA pellet export facility in 2012. 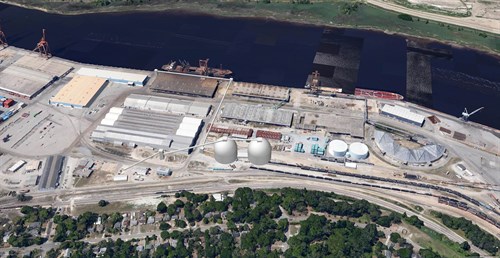 The Wilmington terminal is scheduled to begin operations in early 2016.